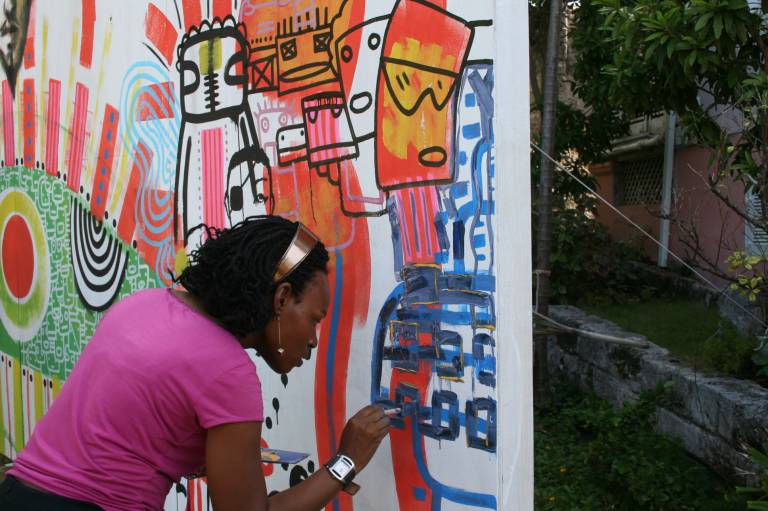 The Managing director, Downtown Nassau Partnership, (formed to achieve progressive redevelopment of the city of Nassau) Vaughn Roberts recognised the significant role public art could play in achieving their goals.

He launched in 2010, the Love My Bahamas Downtown Art Project. Funded by Coca-Cola. The project invited 14 local artists and two international artists to create murals and art installations in the downtown Nassau area.

Being in Nassau at the time, I joined in this project working with local artists. I especially supported Antonius Roberts to produce the pieces that he made for the project.